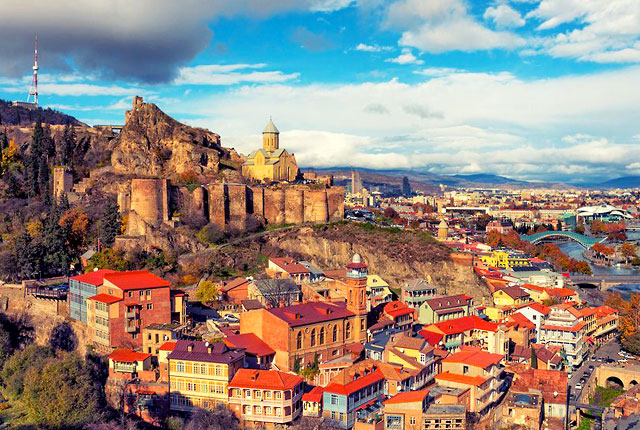 Meeting at the Tbilisi international airport and transfer to the hotel.
The program on this day depends on the arrival time.

The duration of Tbilisi sightseeing tour is 6 hours.

After breakfast, departure towards Borjomi – a resort town in south-central Georgia. The town is noted for its mineral water industry. Borjomi mineral water is particularly well known in those countries which were part of the former Soviet Union. Borjomi is a balneological and climatic resort. During the Soviet times it had the status of a union resort. The main treatment of the resort is mineral water used for drinking and balneological procedures.

Visiting Borjomi-Kharagauli National Park – the total area occupies 85,083 ha, which is more than 1% of the territory of Georgia. In the park there is probably the most famous place in Borjomi – a place where mineral water comes out of the spring and you can enjoy it from a source absolutely free.

Next day we go to Vardzia and on the way will visit Mtsvane Monastery (Green Monastery) – a medieval church of St. George, located in the country’s south-central Borjomi valley. It is a popular site of tourism and pilgrimage.

Vardzia – a cave monastery site in southern Georgia, excavated from the slopes of the Erusheti Mountain on the left bank of the Kura River. The main period of construction was the second half of the twelfth century. The caves stretch along the cliff for some five hundred meters and in up to nineteen tiers. Now part of a state heritage reserve, the extended area of Vardzia-Khertvisi has been submitted for future inscription on the UNESCO World Heritage List.

On the way, visit Jvari Monastery (VI c.), which is located on top of a mountain, from the slopes of which you can see how the jets of two rivers merge – the Kura and Aragvi.

Ananuri fortress (XVI century). Ananuri fortress is located in the village of the same name, on the Georgian Military Highway, 70 km from Tbilisi. Ananuri fortress played a significant role in numerous wars and has never been taken by storm in its history. Today it is one of the main points of tourist routes in Georgia. Near the village Pasanauri there is an amazing place that attracts thousands of tourists. This is the confluence of two rivers – the White and Black Aragvi rivers.

In the evening, we will return to Tbilisi.
Duration of the tour: 10 hours. 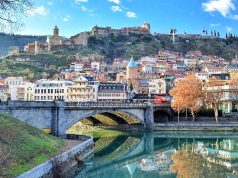 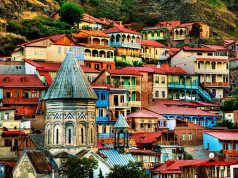 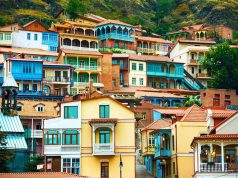 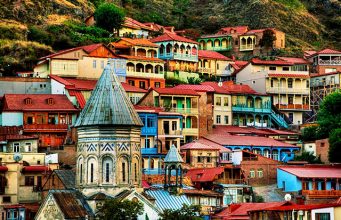