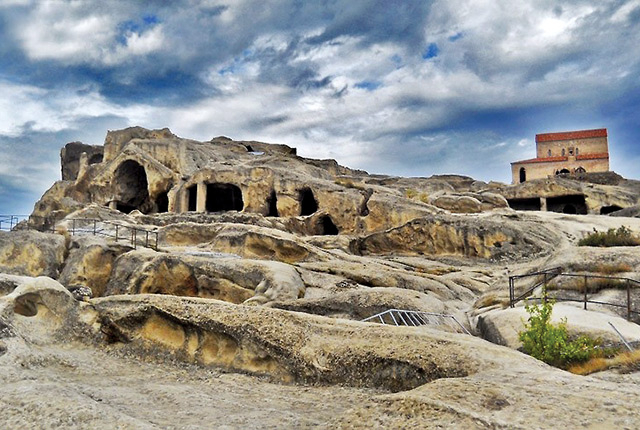 After breakfast, departure towards Gori (76 km from Tbilisi) – this is how our day trip to Uplistsikhe begins.

On the way, we will visit Jvari Monastery (VI c.), which is located on top of a mountain, from the slopes of which you can see how the jets of two rivers merge – the Kura and Aragvi. By 545, a small church was already standing on the “Cross” mountain; now it is in ruins. A larger tetraconch church, consecrated in honor of the Exaltation of the Holy Cross, was erected between 586 and 604.

Arrival in Gori and (in case of your interest) visiting Joseph Stalin’s house-museum. The museum has three departments, all located in the central district of Gori. There are many things on display that actually or presumably belonged to Stalin, including some of the furniture from his offices, and gifts. A large number of illustrations, paintings, documents, photographs and newspaper articles are also presented. In front of the main museum is the house in which Stalin was born and spent the first four years of his life. The museum features a personal railway carriage of Stalin. The railway carriage was used by him since 1941, including for trips to the Tehran and Yalta conferences.

Uplistsikhe – one of the rarest monuments in the world, the oldest cave city, one of the first cities in Georgia. Uplistsikhe is carved into the rock located 12 km east of the city of Gori, on the left bank of the Mtkvari River. The city arose at the end of II – at the beginning of the first millennium BC and contains various structures dating from the Early Iron Age to the Late Middle Ages. The uniqueness of the monument lies in the fact that, thanks to its structure, it retained the remains of architectural and religious buildings built over several millennia. In its heyday, Uplistsikhe included more than 700 caves and cave structures, of which only 150 have survived to date.

After man developed fertile lands in the Bronze Age, the cult center of the area was originally located on the Katlaniskhevi hill, which is located three kilometers west of Uplistsikhe. At the turn of the II and I millennia BC, a strong fire occurred on Katlaniskhevi, after which at the dawn of the Iron Age the pagan cult center moved from there to Uplistsikhe. During this period, in Uplistsikhe, a worship of a female solar deity was recorded, the symbol of which was also a wheel later. The only image of this deity (clay figurine) was found on the Katlaniskhevi hill. There are archaeological data on the Uplistsikhe trade relations of this period with Urartu and Medes. The settlement was called Uplistsikhe already in the ancient period. Mention of medieval Georgian historians connect the foundation of the settlement with the mythological “Uplos, the son of Mtskhetos”. Based on this, the name “Uplistsikhe” is associated with Uplos. Nevertheless, in most popular sources, another interpretation of the name has been fixed, made on the basis of the modern Georgian language, in which “Uplos” is associated with the common noun “lord”: Uplistsikhe – “Fortress of the Lord”.

Duration of the tour: 9 hours 30 minutes.

Day trip from Tbilisi to Uplistsikhe cave town and Mtskheta will give you a sea of impressions and an unforgettable experience. 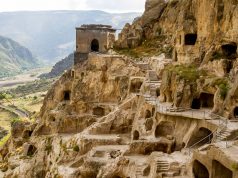 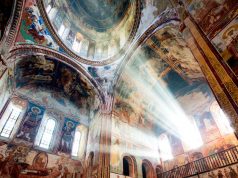 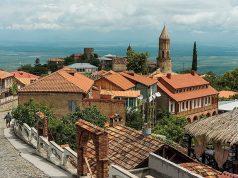 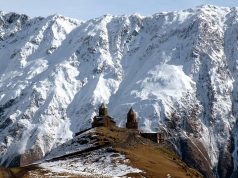 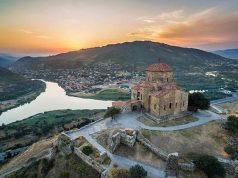 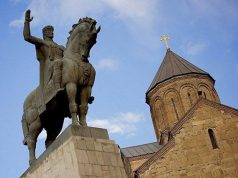